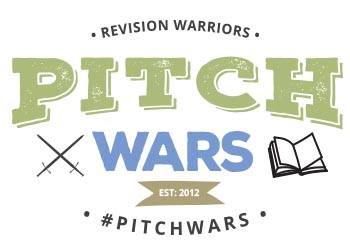 UPDATE: When you’re finished reading below, check out Part 2 of my Wish List, filled with all manner of of riveting clarifications!

Hello Pitch Wars peeps! As a brand-new-mint-in-box-first-time mentor, I’m super excited, honored, and more than a little nervous to be posting my wishlist!

First, a little about me: My name is Lyndsay Ely (that’s eel-ee, like an eel). By day, I am a mild-mannered graphic designer at a Boston publishing company, where I’ve spent eight years creeping around the inner workings of the industry and acquiring a staggering number of books for my TBR pile. When I’m not doing writerly stuff, you can find me digging through a thrift/antique shop, trying out a new cocktail bar, or geeking out to the max at a con.

In 2015, I was lucky enough to be a Pitch Wars mentee, mentored by the incomparable Elizabeth Briggs. Today, I am represented by Laura Zats of Red Sofa Literary, and my debut novel, GUNSLINGER GIRL, comes out in January 2018 from Jimmy Patterson/Little, Brown.

What am I looking for?

As a young adult mentor, I humbly request that you send me your finest YA speculative, SFF, and historical fiction!

I like fantasy, light science fiction (hard sci-fi is a harder—but not impossible—sell), stories that* bend genre (Bend it! Bend it like you’re the avatar of genres!), adventures, dark, twisty stories, and well-detailed historicals. Give me a book like SIX OF CROWS or THE GOLDEN COMPASS or GRAVE MERCY. Send your young adult GODS OF GOTHAM , ANCILLARY JUSTICE, or SHARP OBJECTS. Give me complex, complicated characters (your Kara Thraces, Hollands, and Kaz Brekkers), worlds that vibrate with their intensity, and plots that will make my stomach ache to see how they’ll turn out. Not too hard, right?

What do I not want?

Well, middle grade and adult entries to start. And I’m not the person to send your contemporary realism or romance manuscripts. I do like angst and romance, but I generally need some magic and explosions and such to go along with it.

MOAR DO NOT WANT:

Not sure if I’ll be into something? Ask me on Twitter!

Some personal favorites to give an idea of what I like:

Some favorite books/comics: The Count of Monte Cristo, the Young Wizards series, Six of Crows, Gods of Gotham, A Darker Shade of Magic (and sequels), the Bloody Jack series, The End of Mr. Y, The Stand, Strangers in Paradise, Transmetropolitan, Preacher, Fables.

What can you expect from me as a mentor?

Well, to start, doing what it takes to get you the materials you need to revise in a timely manner. This will include an edit letter, feedback on revisions, help on your query, synopsis, and pitch, as well as assistance in finding sensitivity readers, if applicable. (Plus, some other things I probably haven’t thought of yet.)

What am I looking for in a mentee?

Someone passionate about the amazingness that is Pitch Wars. Someone who can take criticism, and search for the kernel of truth in it even when it doesn’t entirely make sense to them. Someone who won’t just kill their darlings, but pop up in the back seat of the darling’s car, garotte them, then burn the car and walk away without looking back.

And, most importantly, someone who will do the hard work and hit the deadlines, no excuses. (I mean, some things are obviously unforeseeable, but besides those.)

I am a very deadline-oriented person, and I’d like a mentee that is too. Two months for revisions sounds like a lot, but it runs out quick. However, if you’re willing to to put in the effort, so am I!

*that is in blue